Diversity has been high on the agenda at EY since 2005, and that is paying off. The accounting and consulting firm has two women on the Board of Directors and also internal leadership positions are increasingly being filled by women.

‘And that is unique in our field. More diversity is just nicer’.

“Diversity started off as a project, but now it’s a regular part of our process, and that’s what you want to achieve as an organization,” says Pieter Jongstra, CEO of EY Netherlands. He was awarded the Diversity Encouragement Prize by Direction in 2011. “That was a nice gesture because I was one of the founders of the diversity policy within our Organization.”

“As an organization, we have a social role to play and therefore we want to reflect a social image. Because whether you are just working with diversity with men or just with women: working in a monoculture is not nice for anyone. In addition, it just feels better to have more balance. As an organization you will be more creative because you will be calling on other various talents.” 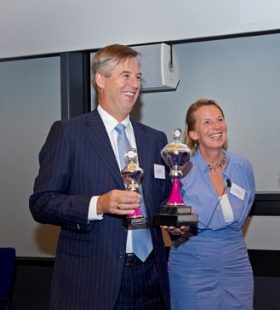 Within EY occasional attention was being devoted to the subject even before 2005, but since then this happened on a structured basis. Jongstra: “We have a number of own awareness programs where men and women discuss the subject. There are also networks for women within our Organization.”

“But the organization is not there yet. Forty to fifty percent of new employees are women, but after a few years in the organization this decreases somewhat. “We are working hard to improve on that and so far we have partly succeeded”, says Jongstra.

The Mindbugs and diversity workshop highlights how you really think 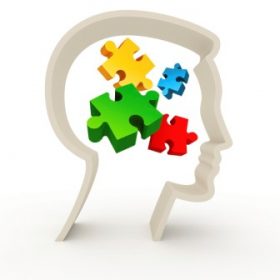 Despite the already-achieved successes, the Mindbugs workshop that Esther Mollema of Direction presented to the Board of Directors of EY in 2010, did shake things up. “You may think you’re objective, but certain perceptions are stuck in your system as it turned out during that workshop”, says Jongstra. “Everyone has Mindbugs. The workshop highlighted how you really think”.
Smilingly he refers to the videos that Esther used to demonstrate how we think. “As Board of Directors we were really woken up by this training and have included the Mindbugs into awareness training”.

Jongstra: “When you have been working on a subject for five or six years already, there is danger that you put yourself to sleep. But you have to stay sharp as we learnt in that workshop; you’re definitely never too old to learn”.

Esther Mollema about diversity at EY

Pieter Jongstra was awarded the Direction Diversity Encouragement Prize by they really persisted by appointing women in higher positions. Not just words, but action. EY continues to develop in this context and has very knowledgeable diversity staff that is energetic and innovative. They are also very active in planning their Female Leadership Program. That the subject has touched EY shows as I have been invited to speak soon at the farewell of Executive Board Member Kees van Boxel. He is retiring and wants to give the diversity message extra emphasis for a strong EY. Great how they certainly show their commitment!